Use this free application to learn about the history of Ancient Sopianae and its buildings from the Roman era. Rotating, contemporary, three-dimensional models, readable and audible, exciting descriptions help you travel through time.

The application was developed in 2019 by a team of expert upon the engagement by the Zsolnay Heritage Management Non-profit Ltd. Thus mobile app was implemented in the framework of an EU funded project within the COSME programme. Our organization was responsible to profuce a pilot product in the framework of the SDITOROMAN project.The Sopianae Roman Walk application is available for free since December 2019 in Hungarian and in English.

The bilingual mobile application with a map in wich the 12 reconstructed buildings from the Roman era are visible as points. The style of the map alludes to the Romane period. One can choose from three hiking trails: the Roman city tour, the Late Roman Early Christian Cemetery tour (World Heritage tour) and the Full tour including all 23 Roman buildings across the city of Pécs/Sopianae. 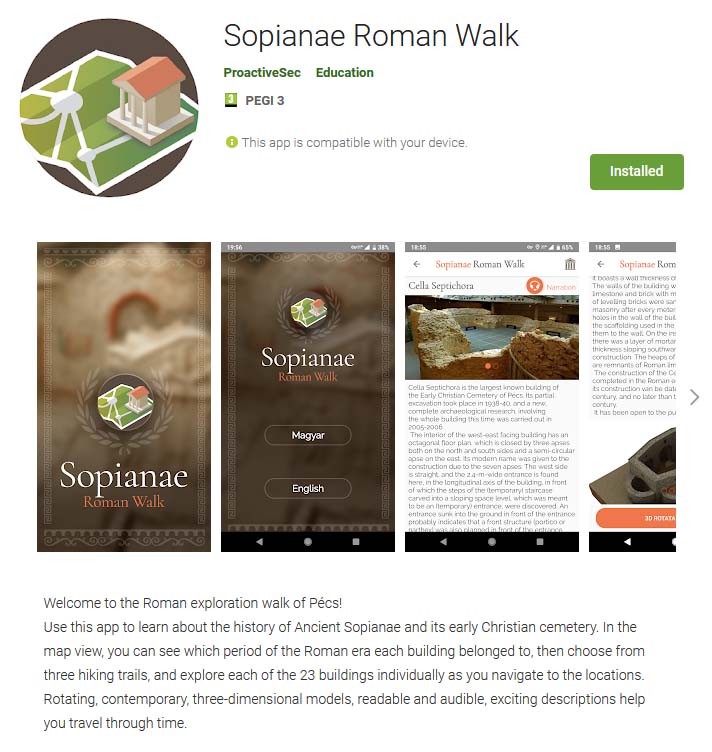