The predecessor of Pécs in the Roman times called Sopianae lay in the junction of important commercial routes at the southern foot of the Mecsek Mountain. At the end of the 3rd century, a whole new era began in the life of the settlement.

The change was brought about by the fact that, as a result of the reforms by Diocletian, Sopianae became the centre of civil administration of the province of Valeria. Due to this significant promotion, the city had its golden ages in the 4th century: the earlier urban settlement has become a real city, an administrative, religious, economic and cultural center. The Romans closed round the city with a city wall at the 2nd part of the 4th century.

Sopianae, Pécs in the Roman period

The medieval and the modern city cover the full area of its predecessor from the Roman times so the architectural exploration could hardly get appropriate source materials. For a long period only the late Roman burials have served with clear proof about the city that used to be there. The late Roman, Early Christian cemetery of Sopianae has been known to science for more than 200 years - since the discovery of the so-called Peter-Paul burial chamber in 1782. The first significant excavation was led by Gyula Gosztonyi who partly discovered the cemetery between 1938-1940. The full excavation was led by Zsolt Visy between 2005-2006. 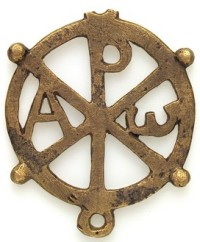 The settlement from the Roman period lied within the boundaries of today’s city center, and its 400×400 meter seat was surrounded by the city walls at the 2nd part of the 4th century. Starting from the late Roman period three different cemeteries are known to have lied around the city: one southeast from the Roman city on the area of today’s Árkád Shopping Centre; one to the west on the area of today’s Kossuth Square; and another one North from the settlement on and around today’s Dóm Square-Szent István (Saint Stephen) Square-Apáca Street-Széchenyi Square-Káptalan Street.

Part of this northern cemetery has been part of UNESCO World Heritage since 2000.
In their architecture and wall-paintings the excavated finds present the Early Christian burial architecture and art of the Northern and Western provinces of the Roman Empire. From among the Hungarian world heritage sites the Early Christian cemetery has won itself a place on the UNESCO world heritage list in the category of culture-historical architecture.

The most extensive early Christian cemetery complex of Hungary is located in Pécs. The thousands of known graves, several burial chambers, other cemetery buildings and the mausoleum indicate the presence of a flourishing Christian community.

The application „World Heritage of Pécs, developing the touristic attractions” in 2004 had its aim in raising the quality of the already existing historical memories and in further widening the circle of monuments to be introduced to the public. The full excavation and introduction of one of the largest buildings of the Cella Septichora (seven apsed burial building) got a central role within the project. The known Early Christian monuments that lie under the Dóm Square have been united with the newly excavated parts to make one building complex people can walk around. The result is the Cella Septichora Visitor Centre which has been opened in 2007.