The Early Christian Mausoleum was discovered at St. Stephen’s Square during the renovation works of the stairway cascading water fountain in 1975.

Its reconstruction was in 1986.

It is a two-storey building, which is called mausoleum due to the large size of the surface memorial building. The surface “single-nave” edifice is the memorial chapel where the relatives remembered here from the deceased. Bellow it, structurally separated from the surface edifice, there is the burial chamber with three sarcophagi. The archeologists found here the mortal remains of 14 skeletons. The 1st sarcophagus was located in the south-eastern qouin and it was well-apparelled. The 2nd sarcophagus was located in the north-eastern quoin, and the 3rd was near the southern wall. The wall paintings are left in good condition. On the northern wall there is a serie of mural paintings with two main scenes: the fall of Adam and Eva and Daniel among the lions. On this wall a painting depict a floral motif which is a palm-leaf or the Tree of Life. In the axis of the eastern wall under the ceiling the symbol of Christ; the so-called Christogram can be seen.  On the eastern wall appears a sitting figure. 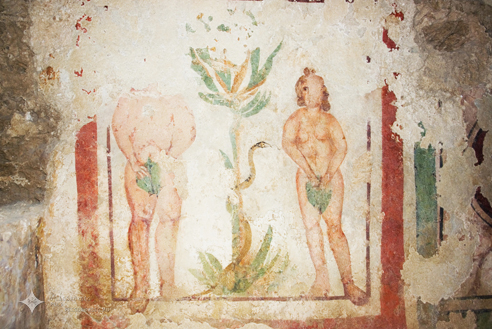 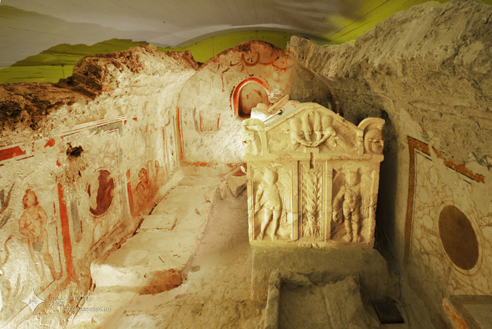 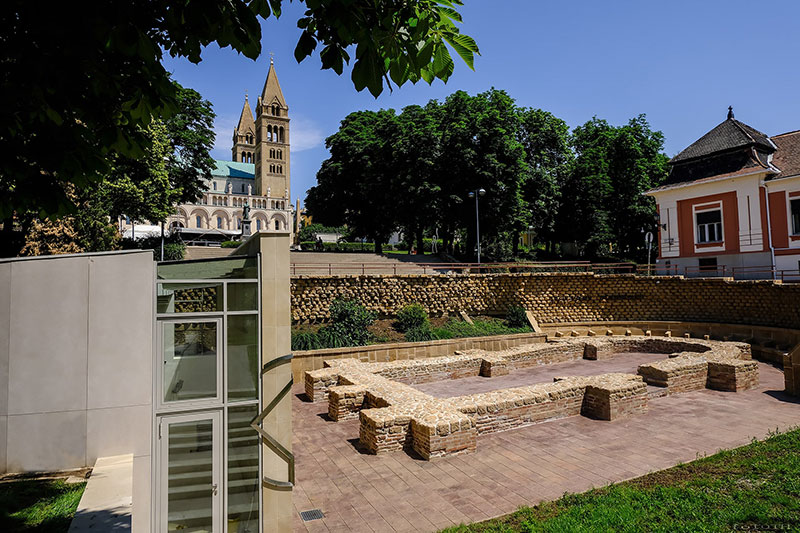